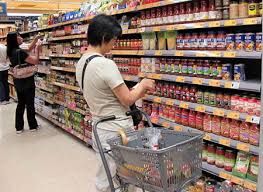 A Chinese friend and I were doing food shopping in a supermarket in Beijing. We chatted in English as we walked around the shop. Then I went to get something by myself. A Chinese man approached my friend and asked her, who I was and why my English was so good.  It turned out that he owned a little company that provided communication services to foreigners in China. The man was always looking for language teachers; at that time actually for a German teacher. Well, no problem, I can also teach German. To make a long story short, I soon had my first student. The fact that I was going to leave Beijing in a couple of weeks was no problem. “You teach as long as you are here!”

I believe that many Chinese people have a very pragmatic world view. When they see a chance to do something that might prove to be rewarding they grab it. Whether it’s employing a language teacher when they happen to meet one, a chance to make some extra money or have a nap in the noon time (or any other time of the day actually) they just go ahead and do it. In this respect Chinese people seem to be basically more flexible than their western sisters and brothers. The other side of the coin is that they sometimes act on the spur of the moment.  This can be difficult for a westerner, who is rather used to long term planning.

The world economic crisis of the 1990’s hit China as well as the other parts of the world. The western world worried about millions of Chinese migrant workers getting unemployed. Would they cause a lot social unrest and would such unrest affect the rest of the world? They didn’t and it didn’t happen. They went back to their home villages and built the house they had been planning on building some time anyway. And after that they helped their neighbor build his house.

I believe that there is this very fundamental difference in thinking between the Chinese and western cultures: the Chinese can be rather inclined to short term planning – which does not mean that they don’t do longterm planning as well – and simply grabbing changes where they see them without necessarily thinking of the long term effects of their actions. I’m sure that understanding this would make life easier for westerners doing business in the PRC.

This site uses Akismet to reduce spam. Learn how your comment data is processed.